Earlier this spring, my Bee decided to do a round robin project.  There are only five of us in the Bee, one of whom is Jenn @ A Quarter Inch from the Edge.

We each created a 8-inch square centre.  There were no rules other than the maximum border you could add was 4 inches.  The plan was to exchange on a monthly basis, but we had to delay a few times due to scheduling problems.

This was a blind round robin, so once we submitted our box, we didn't see our project again until the reveal last week.

So I had to be difficult one, and my centre was about 10 x 12 inches.  And definitely not a square.  Good thing my Bee mates like me.  LOL 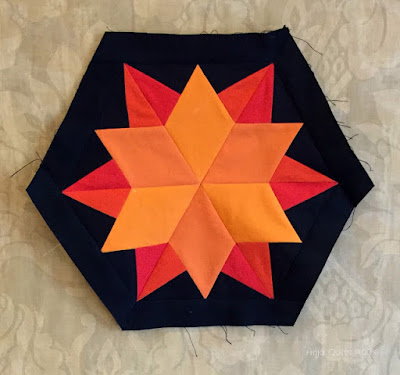 Mine finishes about 33 inches.  And I love it!  I thought the hard part was figuring out what to add as I received each project.  I was wrong...I have no clue on how to quilt mine or what colour thread to use. 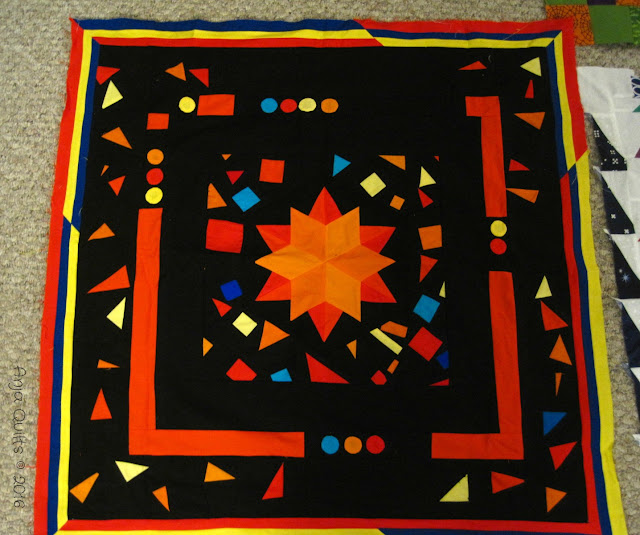 This is Jenn's project.  She started with the blue wonky star.  Next added was the green border.  I added the yellow stars.  Then some colourful wonky triangles were added.  And finally some more wonky triangles for the outer border. 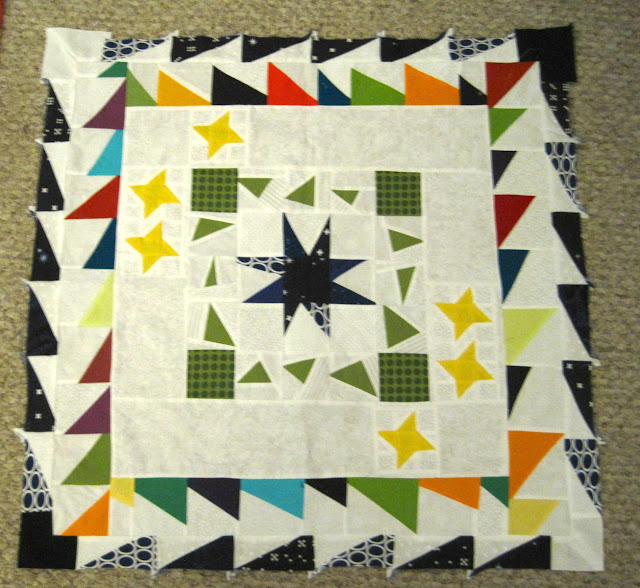 This is Nancy's project.  Jenn added the first white border with paper pieced bat and cat.  Ann added the black border with spider web.  Karel got creative and added the orange border with 3D witch hat and witch legs, and I finished off with the green border. 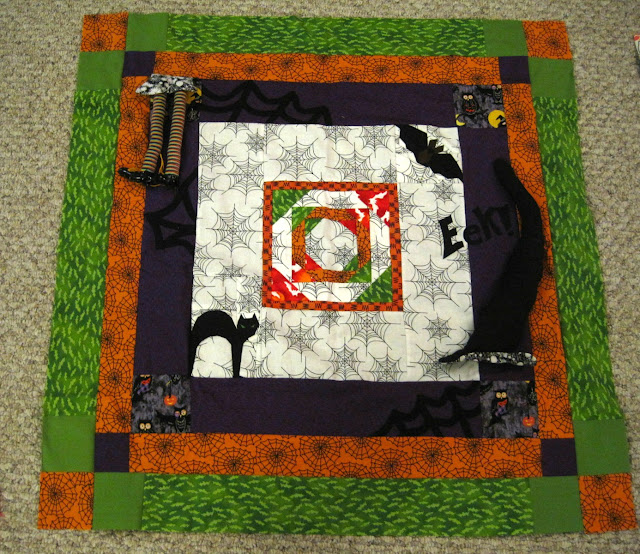 This is Ann's project.  Nancy added the yellow border with paper pieced flower corners.  That creative Karel added the 3D wavy border.  I felt there was a lot going on, and on the advice of Dena @ No Frickin' Blog Yet, I added the simple pink and green border -- trying to pull out the pink and green from the earlier paper pieced flowers.  And then the black border to tie it all together. 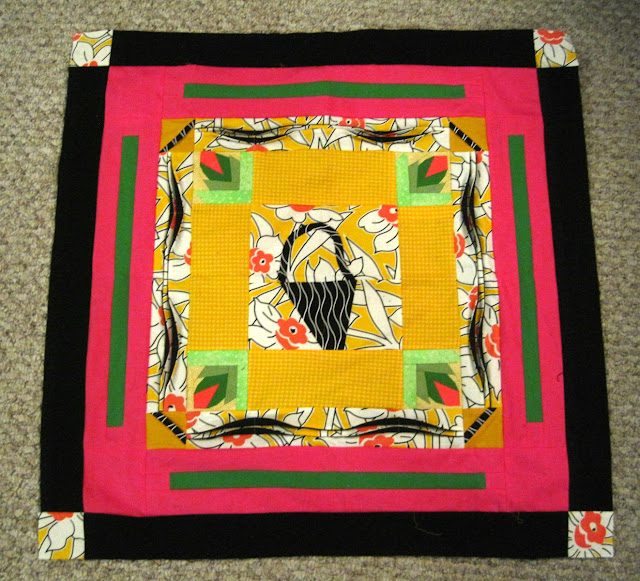 This is Karel's project.  I extended her HST centre to create some wonky arrows.  Someone added the matching triangles, followed by the green and purple border.  And then the final border with corner accents. 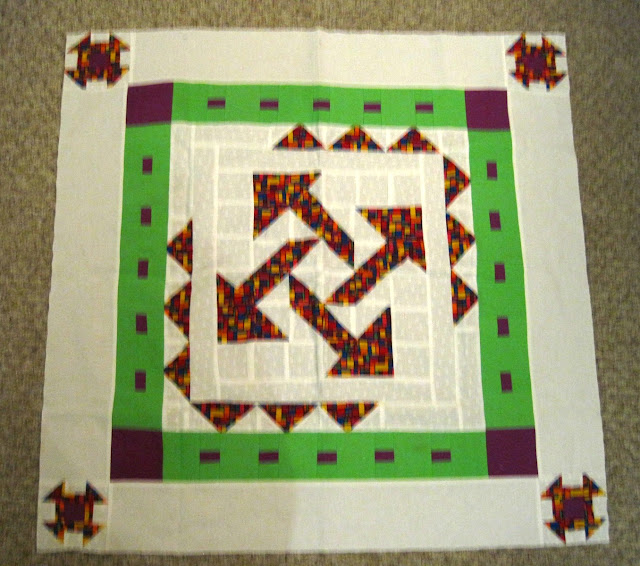 Both Nancy's and my projects were the same size, and the others were only several inches smaller.  It was a fun project, and I liked that we didn't get to see our projects until they were finished.  Now we need to think of another project we can work on in the new year.  Let me know if you have any suggestions.