I can't believe it's been three weeks since I've quilted and posted to my blog.  In my mind, I thought it was two weeks.  Oh my...  But I enjoyed the quilting break to catch up on some reading and to take it easy....okay...I was really procrastinating about some quilt tops that needed to be quilted.

But success!!  I finished a crazy nine-patch that has been hanging around far too long.  I decided to do some "crazy" straight line quilting. 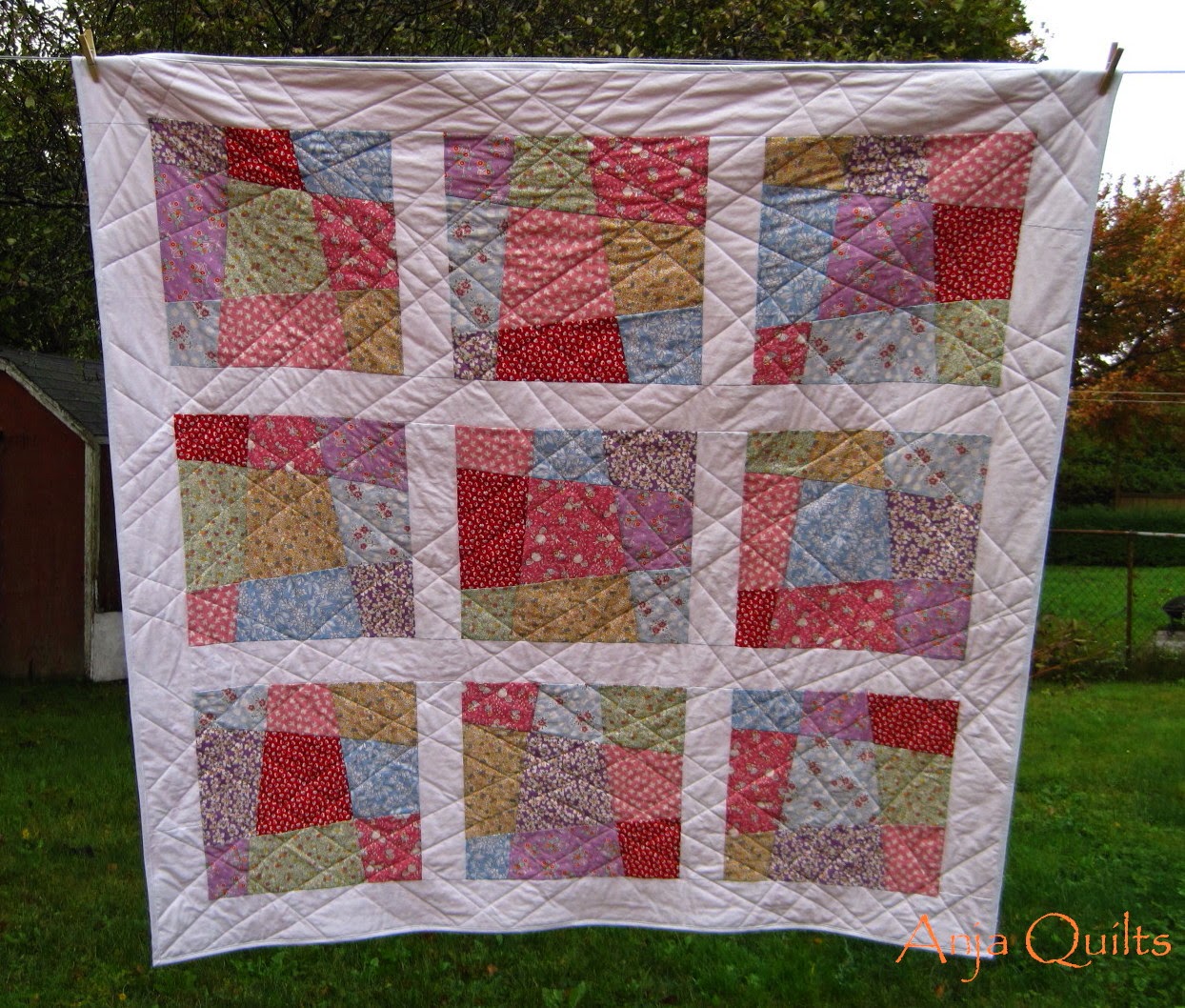 I see now that there are some sections that have a lot of quilting, and other sections, not as much.  I guess that adds to its character.


I have been spray basting several of my quilts lately thanks to the suggestion by QJ.  I was only doing smaller quilts, but I was still having issues with the fabric puckering.  QJ suggested this week to lay down the batting, spray it, and then put the backing on top of the batting.   Genius!!!  What a difference.  Instead of the hardwood floor in the living room, I basted on the carpet in the basement.  The batting is so much easier to smooth out, and it sticks to the carpet.  So I stepped out in faith and attempted to spray baste a 85-inch square quilt.  Success!!!  It's like a whole new world has opened up.  Bye bye pins!!!

Linking up with TGIFF over at Simply Pieced.

Email ThisBlogThis!Share to TwitterShare to FacebookShare to Pinterest
Labels: nine-patch