Today's Friday Finish is brought to you courtesy of a Bee swap.  The Do Bees is the first bee I joined, and currently there are five members.  At the end of May, we each bundled four fat quarters.  To keep the mystery, we each drew a number and put that number on our bundle.  The bundles were put into envelopes, and we each drew an envelope, not knowing whose fabric we had chosen.

We had until our September meeting to make something with the four fat quarters.  I made what I thought was a very educated guess on whose fabric I had.  So I went on faith and made something that I knew my Bee mate wanted.

I knew Jenn @ A Quarter Inch from the Edge wanted an iron caddy.  This is pattern from Sisters' Common Thread.  It's a combination carry case for your iron and an ironing pad. 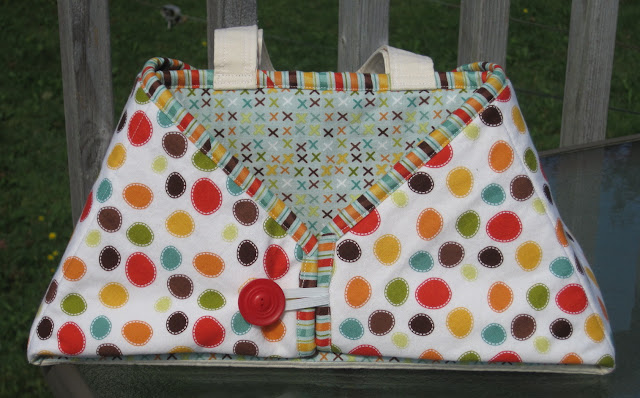 Jenn has an Oliso iron, so I had to upsize the pattern.  Picture a text message to Jenn's husband asking him to measure her iron.  I knew he thought I'm crazy, and his response clearly showed it.  But he did get the measurements to me.  Thanks Himself!!

The exterior is cotton, and the inside is heat resistant fabric that you use as an ironing pad. 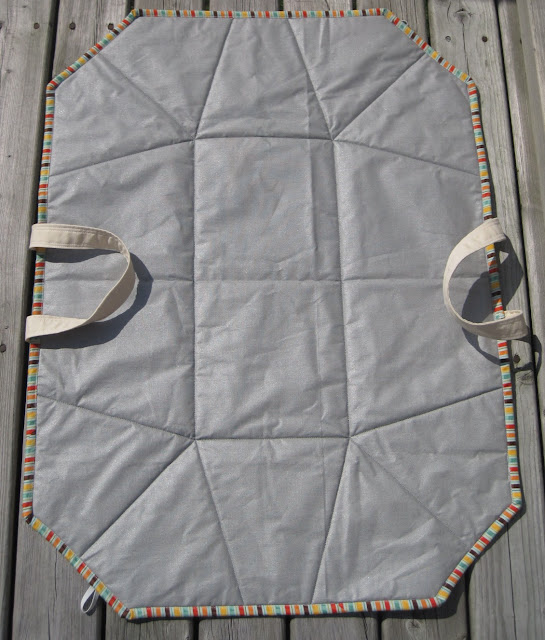 In return, I received a great tote bag made by Ann. 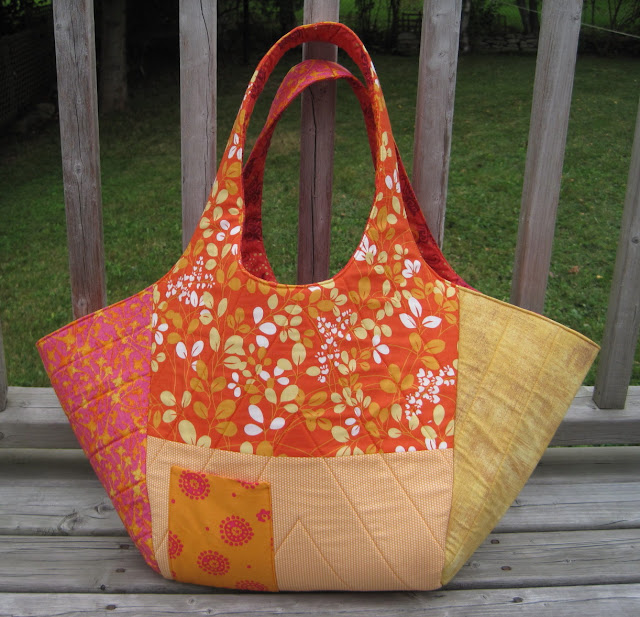 There's ton of space inside to hold lots of goodies. 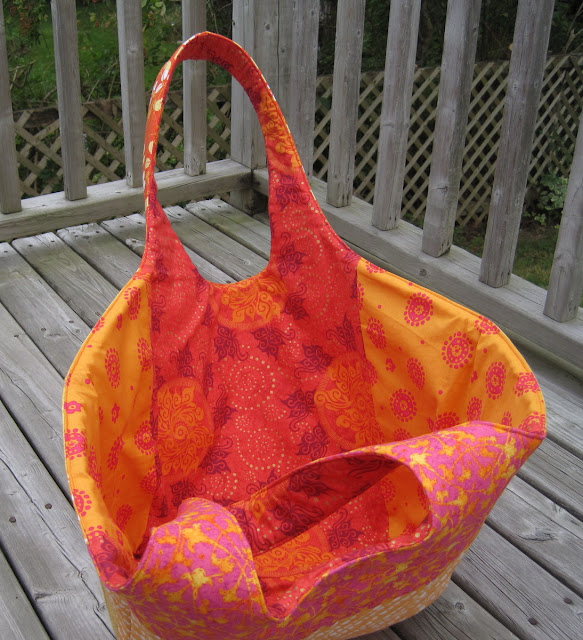 This was a fun challenge.

It's time to link up over at:

Finish it up Friday hosted by Crazy Mom Quilts