I debated whether to add the glasses to my foxes that I pieced here.  I was intrigued by the applique method created by Lara @ BuzzinBumble, so decided to give it a try. 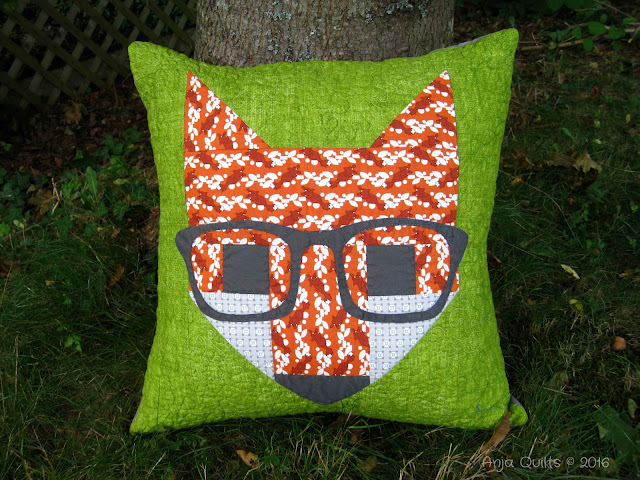 Here's a closeup before washing.  I used a straight stitch and no fraying.  I have to admit that I did get a bit of fraying after washing because of operator error.  Note to self:  read the instructions and then read them again. 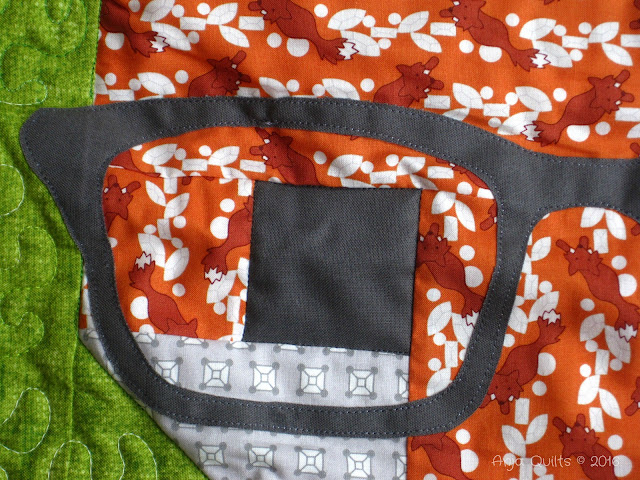 But the fraying is minor compared to using traditional applique methods.  I'm glad I added the glasses -- they just add a little something. 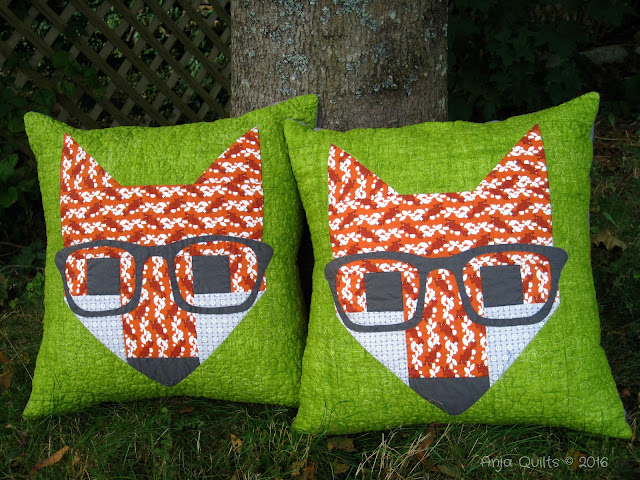 The kit I purchased was meant to make only one pillow, but I managed to get two through creative cutting.  I didn't have quite enough of the backing, so I used the fabric that was included for binding to give me that little bit extra I needed. 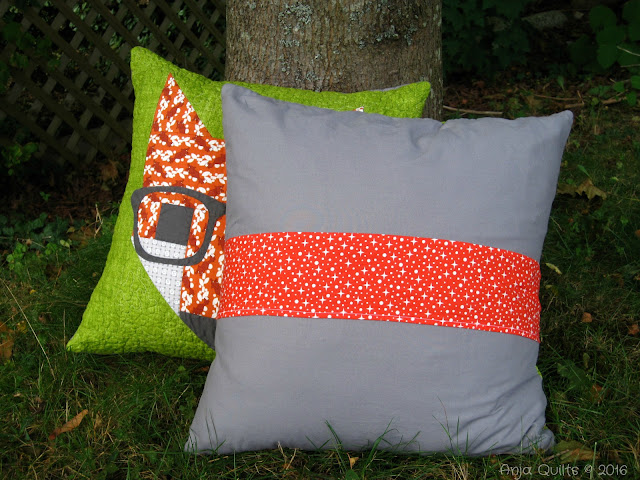 I think I'll try the gigantic block that is included with the pattern to make a baby quilt.

Thank Goodness It's Finish Friday @ Quilt Matters
Finish It Up Friday @ Crazy Mom Quilts
Can I Get a Whoop Whoop? @ Confessions of a Fabric Addict
Finished or Not Friday @ Busy Hand Quilts

Whoomp There It Is @ A Quilted Passion

Email ThisBlogThis!Share to TwitterShare to FacebookShare to Pinterest
Labels: finish, pillow, TGIFF, Whoomp There It Is