Jenn @ A Quarter Inch from the Edge used the phrase "retreat hangover" this morning.  I never knew such a thing existed, but it perfectly describes how I'm feeling today.  Maritime Modern Quilt Guild hosted its first-ever sewing retreat this past weekend, and I sewed like a crazy woman for three days.  Who knew I could stay up until 1:00 a.m. sewing...after having sewed all night long.  But now I am paying the price for all that fun -- exhausted beyond belief and woke up with a cold.

In case you missed my Instagram posts over @anjaquilts, here's a peek at what I was working on.

This is a tutorial by Jayne @ Twiggy and Opal.  I used some mini charm squares from my stash with some Kona Snow.


Since this is a scrap project, I'm linking up with Scraptastic Tuesday @ She Can Quilt.

I also finished piecing my blocks for my Notched quilt -- a great tutorial by Yvonne @ Quilting Jetgirl.


We had three retreat mystery projects.  But not a mystery to me because I helped organize them.  Guild member and friend Dena created a paper pieced pattern of our guild logo.  I hate paper piecing, but I decided to be a team player and make one.  This project reinforced my hate of paper piecing, and I will not be trying it again.  I stayed up until 1:00 a.m. on Saturday to finish it because I couldn't bear to look it again on Sunday morning.  It took me several tries on both Friday and Saturday to get it finished.


My quilt bee is starting a round robin project.  Our 8-inch centre medallion is due this Thursday.  I attempted to downsize the Night Sky pattern.  It didn't work, and my medallion is 10 x 12 inches.  Oops..... 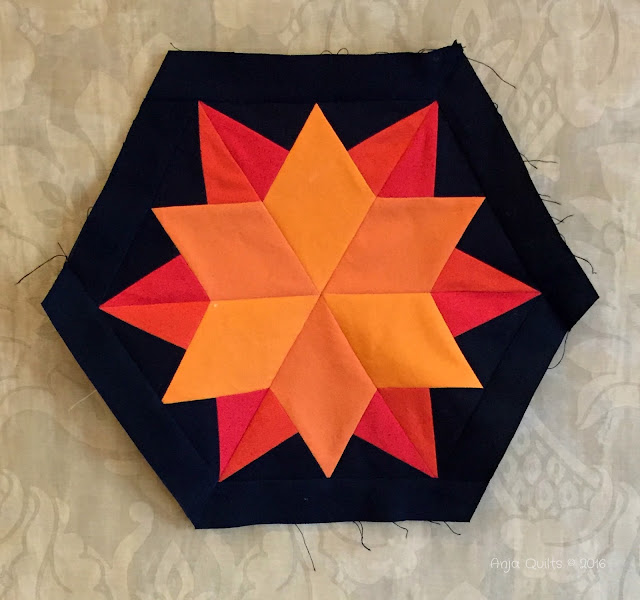 The second mystery project was the Goody Goody Binding Bag by Lella Boutique.  I don't put my binding on by hand (who has the patience or time for that), but I thought this was so cute. 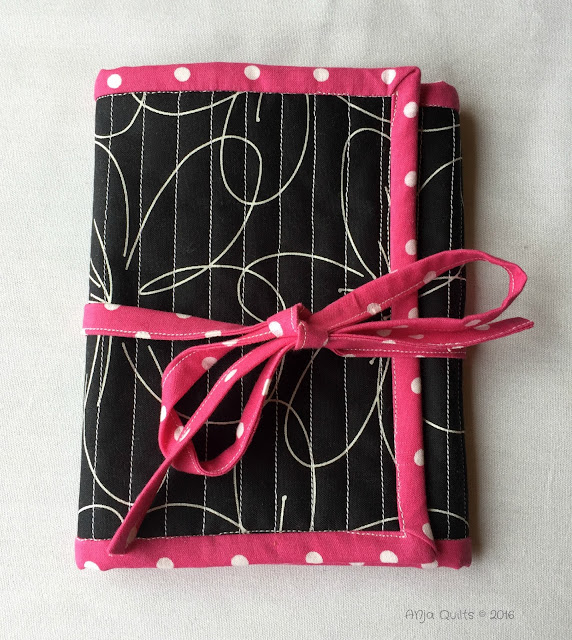 I received these fabrics from Sandra @ Musings of a Menopausal Melon and Julie @ Pink Doxies.  I want to make another one -- maybe with another zippered pouch instead of a pocket.


We had a power hour on Saturday to see how many charity blocks could be made.  Our guild is making quilts for our local children's hospital.  In one hour, enough blocks were sewn to make three twin-sized quilts (80 blocks each).  There was some mad crazy sewing going on.  Prizes were awarded to the top three members who made the most blocks.  I'm was very happy and blessed to have made 37 blocks in one hour and won a sewing tote to carry my sewing machine.

As tired as I am, I am already thinking about our next retreat..which is not even scheduled.  LOL  There was lots of laughter.  Lots of projects made.  But most importantly, great fellowship and members helping other members.  I belong to an awesome guild.

Big shout out to our retreat sponsors:
Maritime Sponsors

Fabric Spot
Fridays Off Fabric
For the Love of Fabric