This is the final Friday Finish I'll be posting about in 2016.  And I'm ending on a high note!

My Night Sky quilt has been a WIP for well over a year -- you can read my post from November 2015 here.  I love patterns by Jaybird Quilts, and this one was no exception.

The top ends up with a pointed scalloped edge along the top and bottom (as shown below).  I had originally wanted to square up the quilt, or add more black background.  But Dena @ No Frickin' Blog Yet convinced me to leave it. 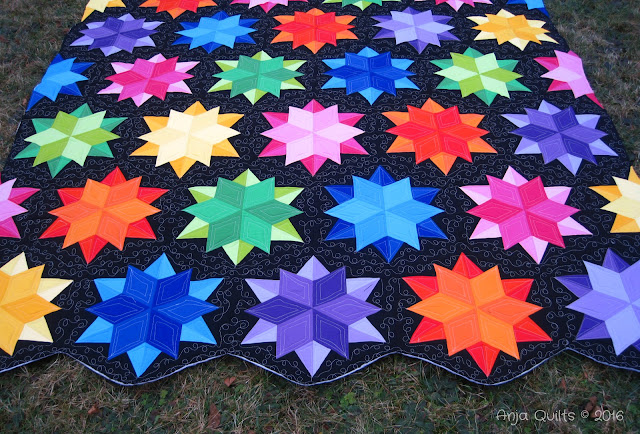 After I finished quilting, I was ill with the thought of having to make bias binding and then hand stitch the binding to the back.  So in keeping with only doing stuff that makes me happy, I squared it up. 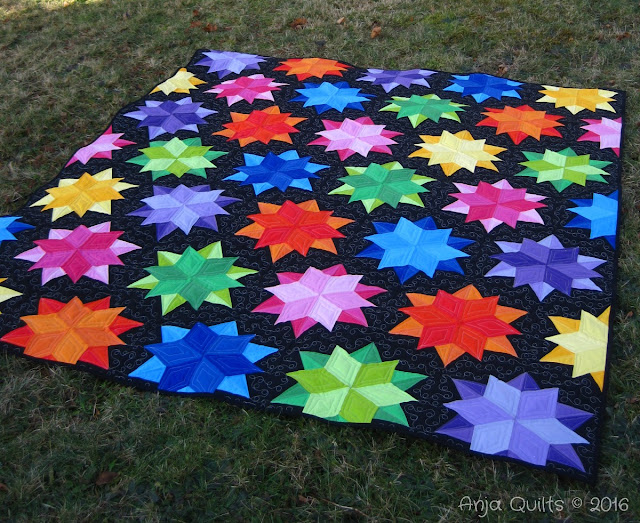 And then Dena let me down again.  😊  My first thought was black binding, but sewing black binding on black background is hard on the eyes.  So I consulted with Dena again, certain that she'd say one of the colours in the quilt, or a scrappy binding.  Oh no!  She had to say black binding.  But I did use black because it was the right thing to do. 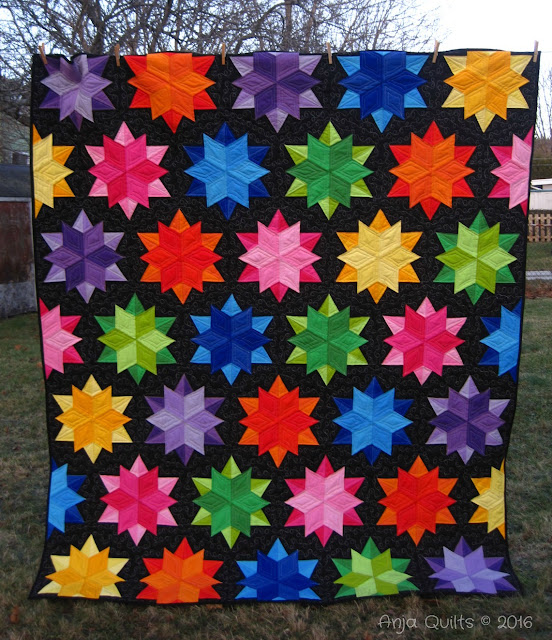 Here's a closeup of my attempt at dot-to-dot quilting.  I used silver thread.  My "longarm" is a Pfaff loaded onto a frame, so I only have a 6-inch quilting depth (5 inches when you get about three-quarters through the quilt -- the quilt takes up some of that space on the roller).  It was hard enough trying to do this design without adding the work and stress of having to change thread for every star.  As it was, I had to do five passes (advancing only about an inch or so each pass) to quilt each row of stars.  I stopped calculating how long it took to quilt, but my best guess is around 7 hours. It took two attempts to get photos today because it was so windy.  The first attempt, the quilt kept blowing around on the ground and blew off the clothesline.  I got better photos on the second attempt, but I had to catch photos when the quilt blew back.  The wind was so strong, the quilt blew to be horizontal with the ground. 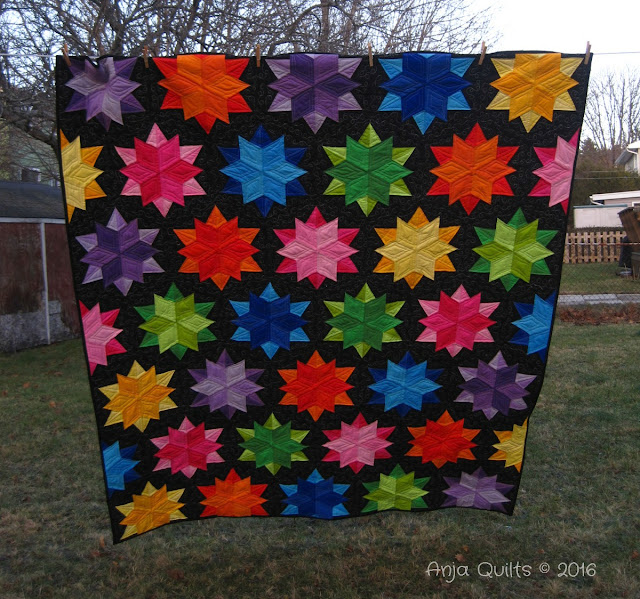 Thank Goodness It's Finish Friday @ Arabesque Scissors
Finish It Up Friday @ Crazy Mom Quilts
Can I Get a Whoop Whoop? @ Confessions of a Fabric Addict
Finished or Not Friday @ Busy Hand Quilts
Needle and Thread Thursday @ My Quilt Infatuation