Teresa @ Sewn Up, Teresa Down Under has a great new book called Turnabout Patchwork.  Teresa says:


It’s all about playing with blocks – making a block, slicing it up, and turning or repositioning the pieces to make a completely different block (sometimes two smaller blocks) to yield endless quilt tops.


Teresa is hosting a blog hop from January 28 through to February 9.  I'll be showing my project on February 8.

I started with 5-inch blocks in four colours. 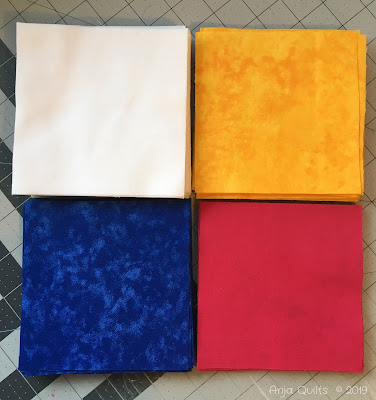 The blocks were sewn into 9-patch blocks. 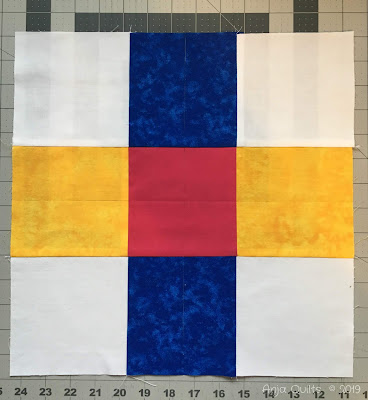 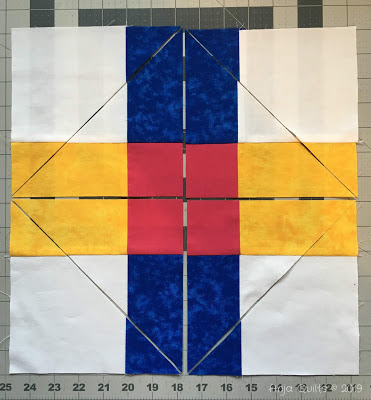 You'll have to come back on February 8 to see how the pieces are sewn together.  😉

I'll share the blog hop schedule later in the month. 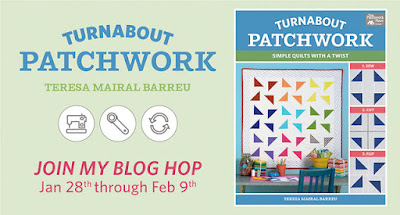