It's Day 4 of the 31 Day Blog Writing Challenge.

Back in June, I won some Art Gallery fabric on Twitter.  It was a black and white collection of fat quarters called "Yin and Yang." 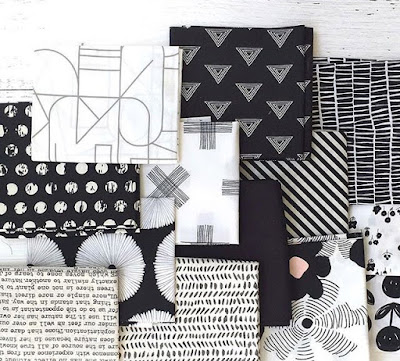 I made a decision to use a tutorial by Kelly @ My Quilt Infatuation -- called 2-4-6.  Kelly was gracious enough to figure out the math so I could maximize the fat quarters.  I had mentioned that I was going to modify her dimensions, and before I could do the math, she had done it for me.

I began sewing at our August guild sew in.  Chain piecing is a good choice for sew ins because I often get sidetracked socializing.  😊 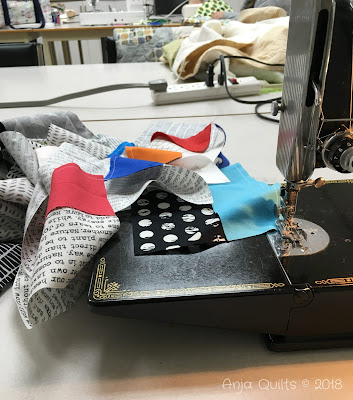 Now to find some time to lay out all the blocks and get them pieced together. 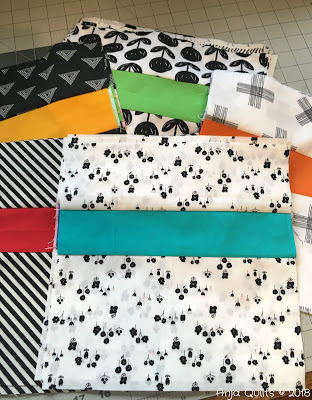 My goal is to make it to seven days in a row for this challenge.  And then I'll strive for another seven days, and hopefully, I'll make it the full 31 days. 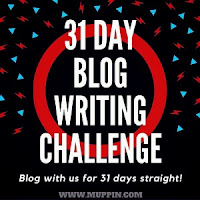